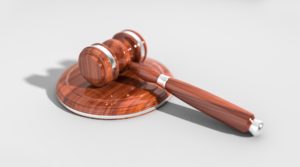 A tree faller was struck by a section of a rotting fir tree and died. At the time, he was logging at a location within the area of a forest license owned by West Fraser Mills. But he was employed by a contractor hired by Mills. An administrative penalty was imposed on Mills for safety violations. It appealed, arguing that it couldn’t be penalized because it wasn’t the faller’s employer and such penalties could only be imposed for violations committed in the capacity of employer. The court found that the Tribunal had reasonably concluded that Mills had failed to take sufficient precautions to prevent the faller’s tragic death and so an administrative penalty was appropriately imposed. The Court of Appeal agreed, ruling that the Board could impose an administrative penalty on an employer who violates the OHS statute or regulations, even if the violation occurred in the capacity as owner of a worksite.