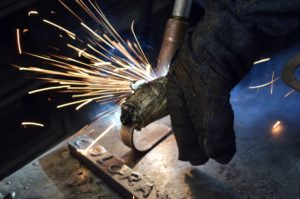 The US Occupational Safety and Health Administration (OSHA) has cited an oilfield services company for allegedly allowing workers to weld in an explosive atmosphere and failing to ventilate or take steps to prevent heat or sparks from entering piping and tanks.

Stringer Oilfield Services was also cited for failing to protect employees who were working on tanks and failing to provide written safety programs for employees working in confined spaces.

OSHA has proposed penalties totaling $40,300. These fatal explosions are anything but rare. If any containers that may have held combustible substances been thoroughly cleaned and checked by a trained operator (using a lower explosive limit monitor) before welding or cutting started, such tragedies could be largely averted.

It’s also important to ventilate containers after cleaning, because heat generated by welding could release hydrocarbon vapors trapped within interior metal surfaces. Written safe work procedures for working on containers that may previously have contained combustible/flammable materials should also be implemented. ?