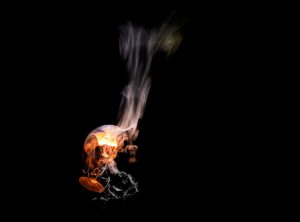 Stan* was hired as a hotel maintenance worker, whose duties included janitorial functions and minor repair. So how did he end up dead with electrical flash burns to 20 percent of his body?

Stan’s Background
Stan had previously worked as a welder and computer programmer before taking the maintenance job, which he held for three months before his death. According to the hotel manager, Stan’s past work experience qualified him to perform the duties he had been assigned, but his job description did not include changing fuses in an electrical panel.

What Happened
The garage area of the hotel had lost electrical power, and the hotel’s assistant general manager told Stan to “check out” the problem. The 39-year-old maintenance worker went to the electrical room and opened a panel to expose a burned out fuse. The victim then called the maintenance supervisor at home for guidance and was instructed not to touch the fuse. But despite the supervisor’s warning, Stan removed the 30 amperage fuse and proceeded to replace it with a blade-type fuse of different amperage. When he did this, an electrical flash occurred, burning Stan’s arms and face.

He Lived…and He Died
Although injured, Stan was able to exit the electrical room and call for help. He was still conscious when paramedics arrived and transported him to a local hospital for treatment. Stan was later transferred to a burn unit, where he complained of shortness of breath. After further tests, it was determined he had suffered an inhalation injury and was given respiratory aid. Stan’s condition worsened over time, and he died five days after the incident.

The Investigation
Investigators discovered that the power was not shut off before Stan began working on the fuse. In addition, there were no lockout/tagout procedures followed. Although the company had a standard electrical safety policy for changing fuses, Stan had not been trained in the procedure.

Workers Take Heed
Employees should follow these recommendations to prevent similar deaths when working around electricity:

*The names aren’t real, but the incidents are. These accounts are based on actual fatality investigations.