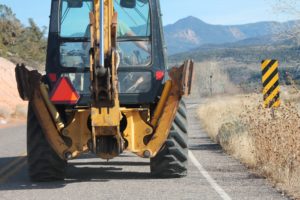 Jorge Vale saw it coming, but it was too late; he couldn’t save his son.

Death was apparently instantaneous for 26-year-old Andre Vale from Cambridge, ON, on May 1. He was hit in the head by the bucket of a backhoe that slid into a trench at a construction site near Hamilton, ON.

His father reportedly saw the bucket swinging towards his son, so he yelled and tried to pull him out of the way. But his efforts were in vain.

Police report the backhoe accidentally slid into the ditch, where father and son and another man were working. It wasn’t determined how the accident occurred but officials with the Ontario Ministry of Labour are investigating.