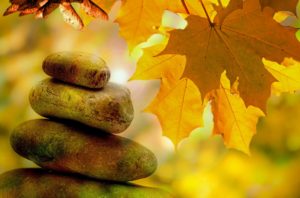 Heart attacks can be covered by workers’ compensation insurance depending on the circumstances. Witness and expert medical testimony swayed the court in this case.

Martan Kelly Jr. was a technician for Card Heating & Air Conditioning in Pennsylvania. One morning, he reported to work at a funeral home where the company was installing heating and air conditioning equipment. He told his foreman that he felt weak, tired and had a kink in his neck from sleeping poorly the night before. Kelly declined an offer to go home and was given a light-duty assignment of running thermostat wire.

Feeling better around noon, Kelly decided to run wire in the attic of the one-story building by climbing a 12-15-foot ladder. A short time later, employees heard moaning coming from the attic and found Kelly lying incoherent on the floor, bleeding from his head, face and leg.

Kelly was pronounced dead at a local hospital a short time later.

An autopsy revealed coronary artery and heart disease, three heart arteries significantly blocked (60-90%), and 90% stenosis of the left main descending coronary artery. The cause of death was a heart attack.

Kelly’s widow filed a workers’ compensation claim for survivors’ benefits, claiming his heart attack occurred as a result of his employment. Card denied the claim, and the case went before a workers’ comp judge (WCJ).

Kelly’s widow testified he didn’t have any health problems, didn’t complain about chest pain, never saw a heart doctor and wasn’t on any medications. She acknowledged her husband smoked a pack of cigarettes a day for the last 30 years.

Card’s foreman also testified about how Kelly said he felt when he arrived for work the day he died. The foreman said he would not consider running wire to be physical labor, rather it was light duty work. A Card supervisor agreed running wire was a “pretty low strenuous job.”

A board-certified cardiologist testified for Kelly’s widow that Kelly’s heart attack occurred because he exerted himself by climbing the ladder that could have led to a plaque rupture and his heart attack. The doctor also said it was likely Kelly fell because of his bleeding when found by co-workers. A fall also could have caused a plaque rupture. The doctor acknowledged he couldn’t be certain when the plaque ruptured and that Kelly had other risk factors, including smoking, a family history of coronary artery disease (his mother died of it at age 59) and untreated high cholesterol.

When he was cross-examined, the doctor said his statement that Kelly “likely fell and hit his head” “should probably be changed to ‘potentially.’”

Card also had a doctor board certified in cardiovascular disease testify. The company’s doctor didn’t believe Kelly’s heart attack was work-related. The company’s doctor said Kelly’s pre-existing coronary artery disease put him at a high risk for a sudden cardiac death. Since three of his arteries were so severely blocked, he was an imminent risk for a heart attack whether he was working or not.

The company doctor also said Kelly had been suffering from insufficient blood flow to the heart for 8 to 12 hours before coming to work. The doctor noted Kelly slept in a recliner chair the previous night because he wasn’t able to lie flat in bed due to his cardiac symptoms. The doctor also said Kelly’s duties the day he died were insufficient to cause the heart attack. Climbing the ladder wouldn’t have elevated Kelly’s heart rate enough to cause a cardiac event unless he had done it quickly or repeatedly and for more than nine minutes.

The WCJ ruled in favor of the company. The judge found the company doctor’s testimony to be more credible and agreed with the foreman that the work Kelly was doing wasn’t strenuous. The judge also noted Kelly’s pre-existing blockages that put him at risk of an imminent heart attack with or without physical exertion.

Kelly’s widow appealed, and the Pennsylvania Workers’ Compensation Appeal Board affirmed the WCJ’s ruling. She took her case to a state court

Not enough proof it was work-related

Kelly’s heart attack happened at work, so there’s no question it arose in the course of employment. The question is whether it was related to employment.

If a worker’s sudden cardiac death isn’t obviously caused by work, a connection must be established by “unequivocal medical testimony.”

Kelly’s widow argued the Board erred because there wasn’t proof, he was having symptoms 8 to 12 hours before the heart attack as the company doctor said.

Many people live sedentary lives. We spend most of our waking hours at work sitting behind a desk, behind the wheel, or behind a counter. Then we plop down on the couch and relax in front of the TV when we get home. Even those of us who have more active jobs likely don’t get enough exercise. A lack of physical activity is hazardous to your overall health and wellness.

Workers who are depressed often feel tired, unmotivated and have difficulty concentrating.  Depression can cause problems with decision-making abilities and an increase in errors and accidents.  Workers with depression also miss work more often and experience a higher level of presenteeism, where a worker is present at work but less focused and productive than workers without depression.

Due to the stigma of mental illness, many people find it hard to talk about their depression and seek help for it. Getting help is important, because if left untreated, depression can lead to job loss, damaged relationships, substance abuse and suicide.

Too little activity has been shown to increase the likelihood of:

Prior to the enactment of the Affordable Care Act, titles I and IV of the Health Insurance Portability and Accountability Act of 1996 (HIPAA), Pub. L. 104-191, added section 9802 of the Code, section 702 of ERISA, and section 2702 of the PHS Act (HIPAA nondiscrimination and wellness provisions). These provisions generally prohibit group health plans and group health insurance issuers from discriminating against individual participants and beneficiaries in eligibility, benefits, or premiums based on a health factor. An exception to the general rule allows premium discounts or rebates or modification to otherwise applicable cost sharing (including copayments, deductibles, or coinsurance) in return for adherence to certain programs of health promotion and disease prevention.

The Departments of Labor, Health and Human Services (HHS), and the Treasury (collectively, the Departments [3] ) published joint final regulations implementing the HIPAA nondiscrimination and wellness provisions on December 13, 2006 at 71 FR 75014 (the 2006 regulations). The 2006 regulations divided wellness programs into two general categories: Participatory wellness programs and health-contingent wellness programs. Under the 2006 regulations, participatory wellness programs  are considered to comply with the HIPAA nondiscrimination requirements Start Printed Page 33159without having to satisfy any additional standards if participation in the program is made available to all similarly situated individuals, regardless of health status. Paragraph (d) of the 2006 regulations provided that, generally, distinctions among groups of similarly situated participants in a health plan must be based on bona fide employment-based classifications consistent with the employer’s usual business practice. A plan may also distinguish between beneficiaries based on, for example, their relationship to the plan participant (such as spouse or dependent child) or based on the age of dependent children. Distinctions are not permitted to be based on any of the health factors listed in the 2006 regulations.

Under the 2006 regulations, plans and issuers with health-contingent wellness programs [6] were permitted to vary benefits (including cost-sharing mechanisms), premiums, or contributions based on whether an individual has met the standards of a wellness program that meets the requirements of paragraph (f)(2), which outlined five specific criteria.

C. Amendments Made by the Affordable Care Act

Michael Roizen, M.D., chair of the Cleveland Clinic Wellness Institute, has determined there are five behaviors that mitigate chronic disease:

Multiple authors published an article in the Journal of Occupational and Environmental Medicine that asked the question, “Do Workplace Health Promotion (Wellness) Programs Work?” The authors concluded that programs using evidence-based strategies produced a ROI between $2 and $3.60. Employees adopted healthy habits, less time away from work, and lower medical and pharmacy costs.

Talk to your doctor before beginning a workout routine to make sure you are healthy enough for physical activity.