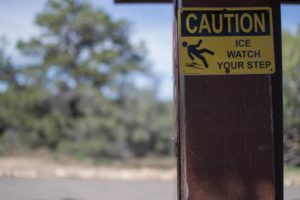 Bob Jones, a 33-year employee of Canada Post, was looking forward to retiring on April 27, 2007. But that dream and his life came to an end in late November last year when the 56-year-old letter carrier slipped on ice on a driveway and struck his head while exiting a truck.

Jones, who worked in Vancouver, BC, reported the fall to his supervisor but did not seek medical attention. He completed his shift and later told his wife he wasn’t feeling well. Jones died in hospital two days after he fell.

Ken Mooney, Canadian Union of Postal Workers (Vancouver local) president, said Jones, a grandfather, had been extremely popular and his death was taken hard by co-workers at his postal depot. He said he has never heard of a similar death among Vancouver area letter carriers.

Vancouver, which normally has some of the least winter-like conditions in Canada, was caught in a rare deep freeze in late November. Considerable snow fell and road and walking conditions were treacherous. Mooney said Jones’ death shows the importance of attending to slippery conditions at workplaces and residence.