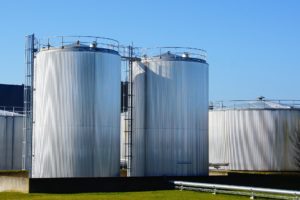 A crew was engaged in cleaning a vessel in a plant. After the lunch break, one of the workers returned early to continue with his cleaning. A co-worker saw him climb the outside scaffold from a distance, but he did not think he entered the vessel.

Unfortunately the worker did enter the vessel before the assigned safety guard had returned from his lunch break to approve the re-entry of the cleaning crew.

After some time, the crew noticed the worker was missing. A search was initiated. He was discovered lying in a different compartment of the vessel in a pool of sludge. Attempts at resuscitation were made but they were unsuccessful.

The investigation that followed determined that the compartment he was discovered in was poorly ventilated and contained a high level of H2S (Hydrogen Sulfide) fumes.

Working in a confined space is dangerous. Testing the atmosphere before entry, wearing the appropriate PPE, and using the buddy system or safety guards can be the difference between life and death.

Training and re-training all workers involved in this type of work is not only a moral obligation but it is mandatory by law. Everyone should be aware of the potential dangers that exist in these death traps.