According to OSHA, the top hazards associated with aerial lifts are falls, electrocutions and collapses or tip-overs.
Half of the falls from boom lifts involve being ejected from the bucket after being struck by vehicles, cranes, crane loads, or falling objects, or when a lift suddenly jerked.
Two-thirds of the deaths from collapses / tipovers of boom lifts occurred when the bucket cable or boom broke or the bucket fell; almost one-third were due to tipovers.
Half of the boom lift electrocutions involved body contact with overhead power lines, mostly involving electricians or electrical power installers and repairers. Over one-third of the electrocutions involved an overhead power line contacting the lift boom or bucket.
In most of the caught between deaths, a worker was caught between the bucket edge and objects such as roof joists or beams while repositioning the bucket.

An average of 26 construction workers die each year from using aerial lifts.... 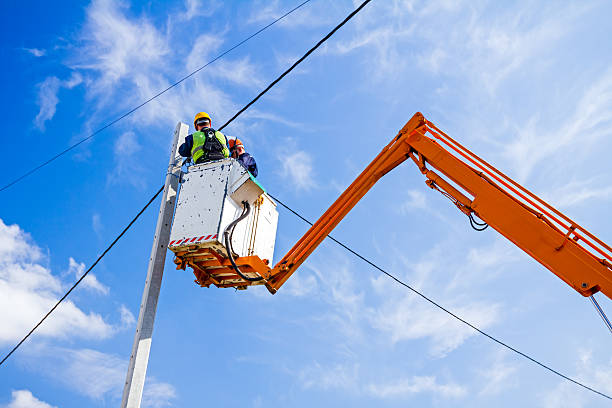